Nollywood actress, Rosy Meurer took to her official Instagram page to share sexy new photos of herself as she donned a one-piece swimwear which highlighted her curvy backside. 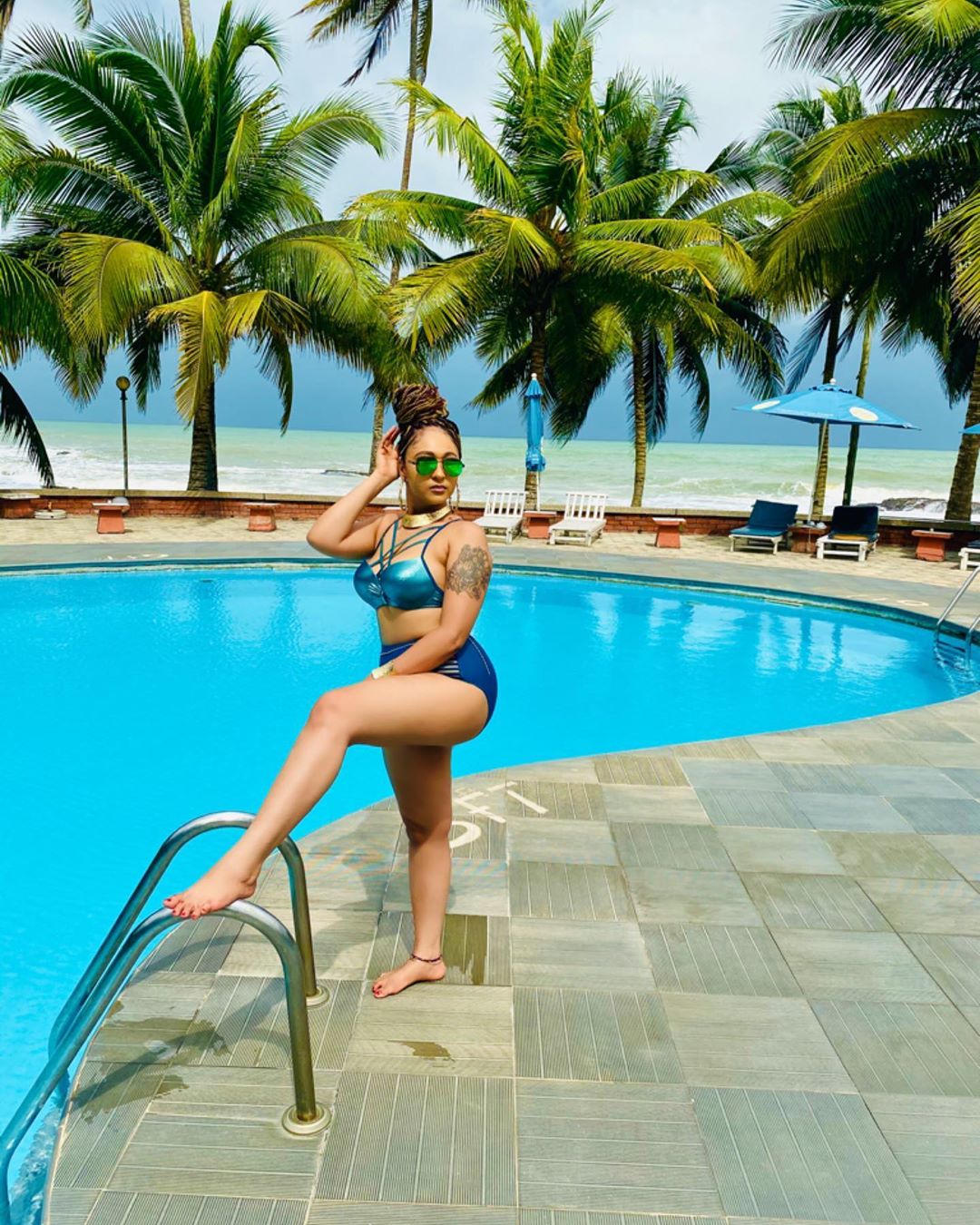 She shared the photos making majority of her male fans drool over the sex appeal she oozed in them. 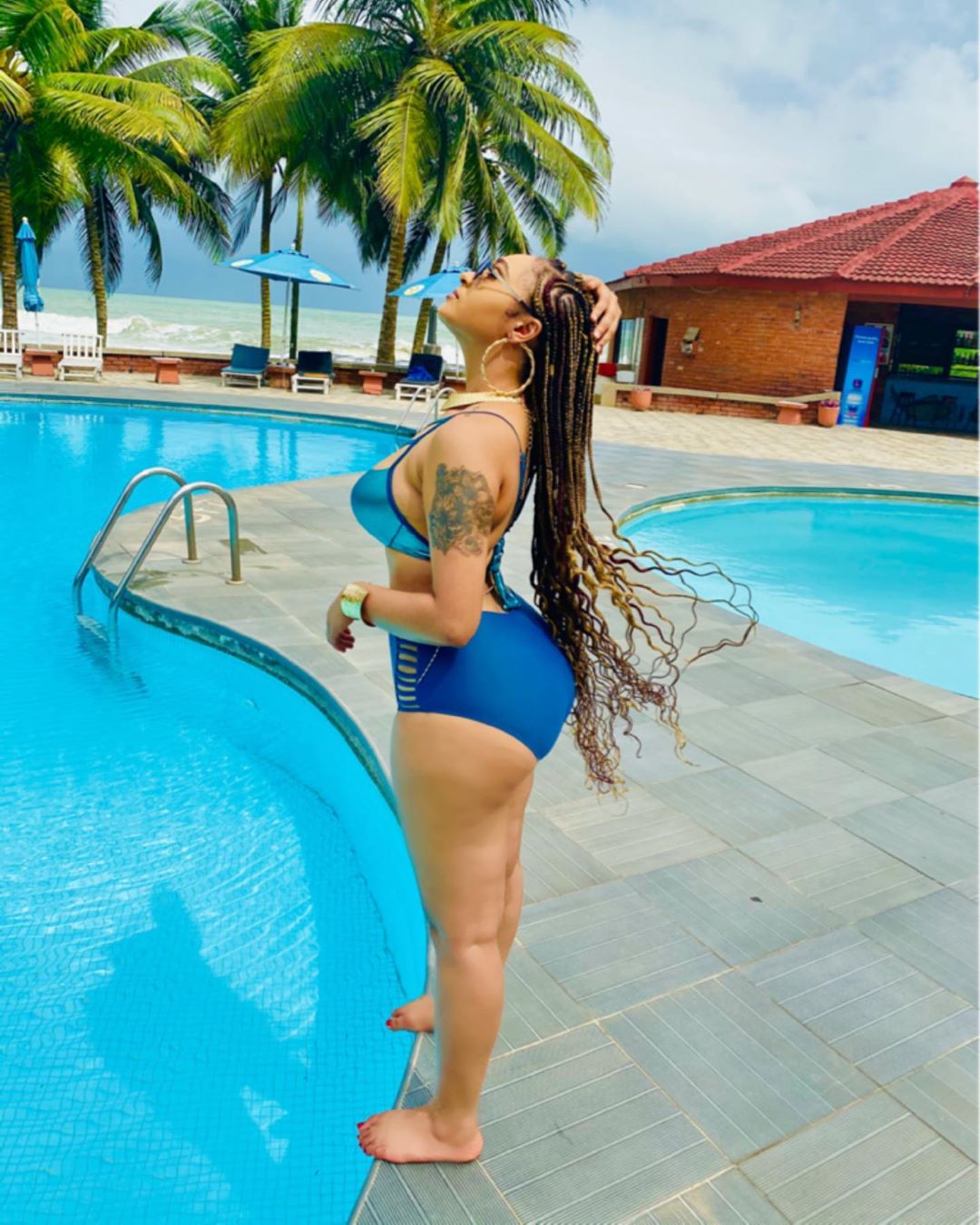 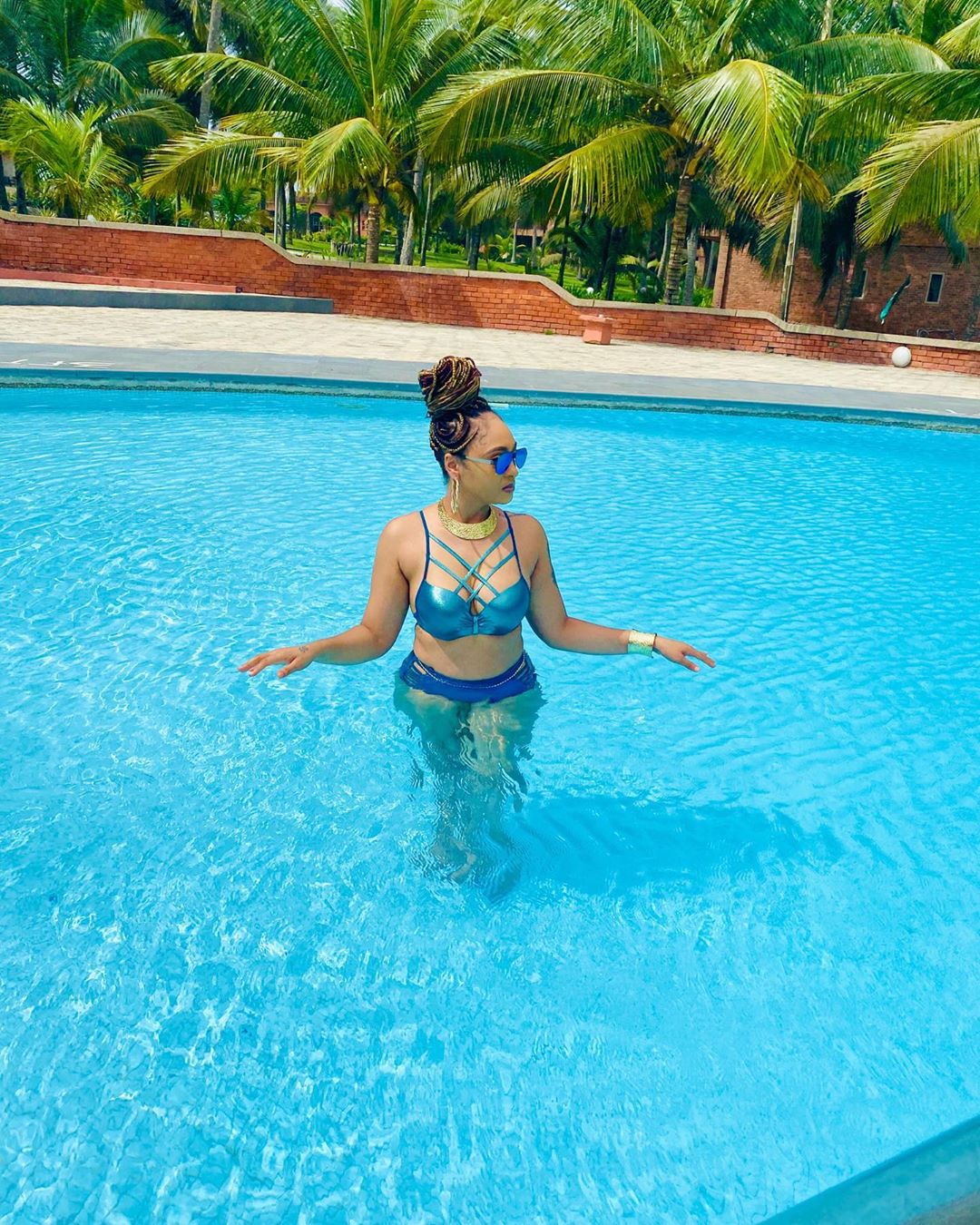 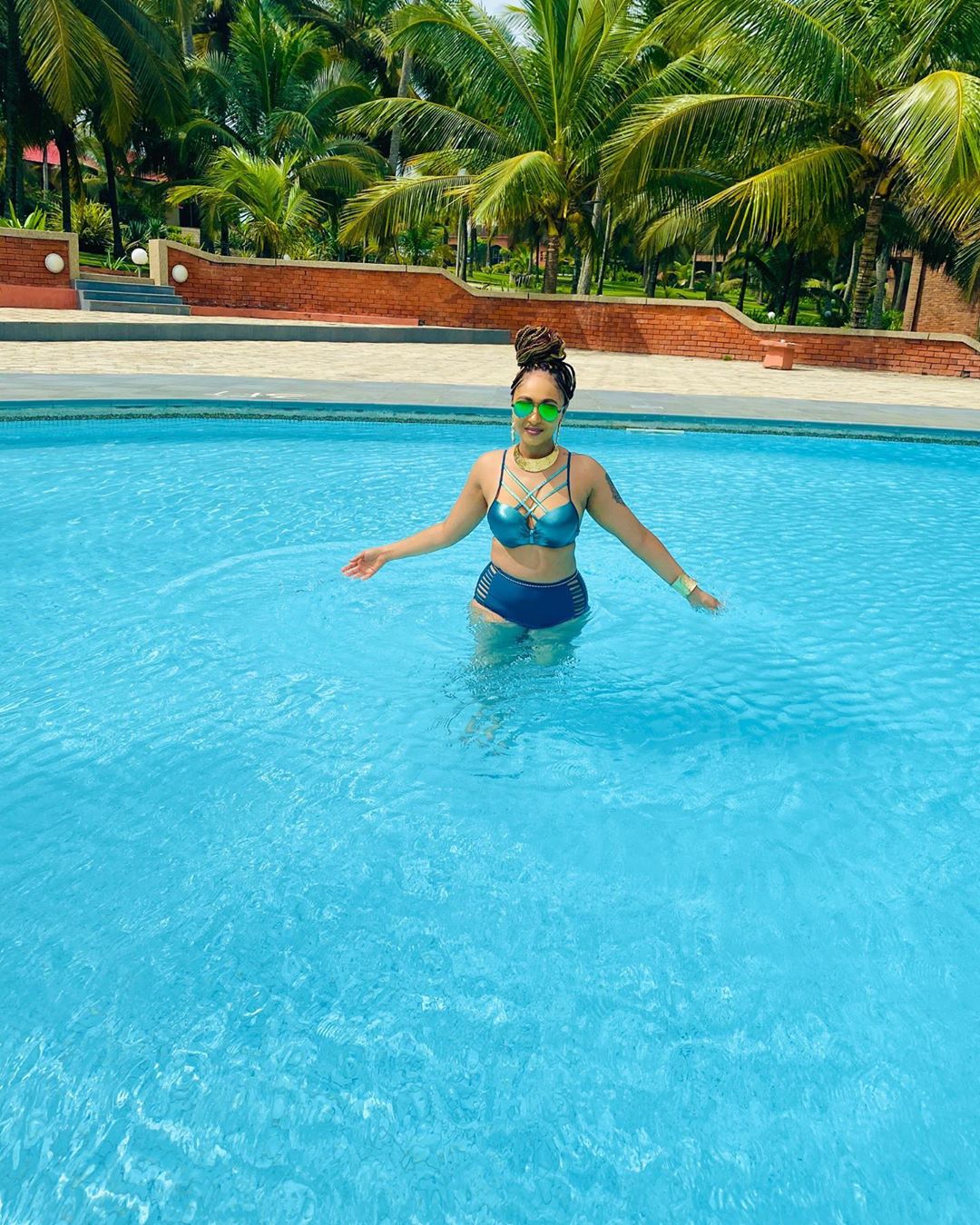 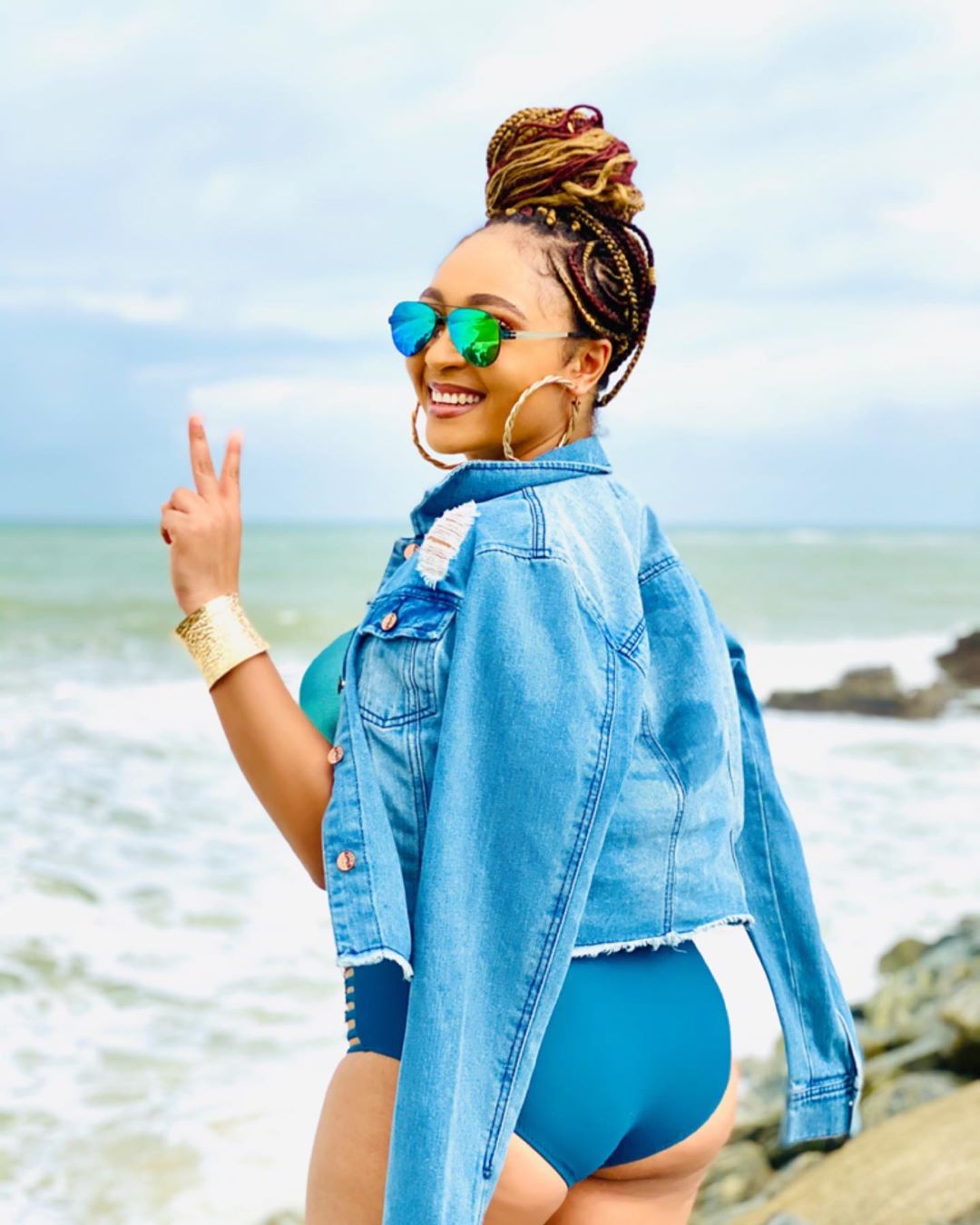 Rosaline Ufuoma Meurer, is a 28-year-old Gambian-born Nigerian actress and producer who is most known for her 2014 role as Kaylah in the TV series Oasis and 2018/2019 role as Kemi Alesinloye in Ayo Makun’s Merry Men: The Real Yoruba Demons and Merry Men 2: Another Mission.

The actress was ensnared in controversy some years back after it was revealed that she was the cause of the downfall of the marriage of her colleague, Tonto Dikeh and her estranged husband, philanthropist, Olakunle Churchill.

Rosy and Mr Olakunle have even after the latter’s marriage crash been quite close with each other as earlier this year, on her birthday, the businessman took to his social media page to pen a heartfelt message to celebrate her.

He wrote at the time,

‘@rosymeurer Through your years of growing up, I have observed your inclinations in progress and your struggles for success. Today you are a young amiable woman who is a mentor to several younger persons. I am indeed so proud of you. Happy Birthday and I pray divine strength for you in all your endeavours.