A middle-aged man identified as Nsobila John in Bolgatanga in the Upper East Region of Ghana, set an 11-year-old boy, Maxwell Ayinbisa ablaze for allegedly peeping at a woman in a bathroom. 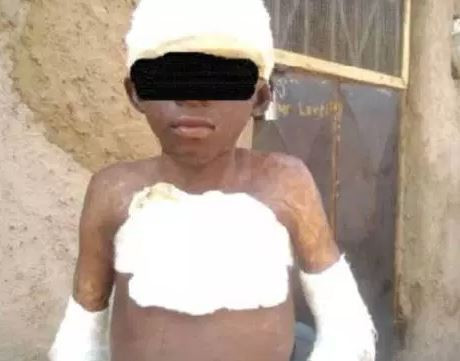 Mustapha Rahmani, the father of the victim in an interview with Classfomonilne revealed that the suspect; Nsobila John after committing the crime was reported to the Police but after taking care of the initial cost of treatment of Maxwell, he abandoned him.

However, the families of the victim and suspect later reached an agreement to settle the matter out of court.