New photos of the family of five who went viral after their mental condition was brought to the attention of the public by a former National Youth Service Corps (NYSC) member, Progress Oberiko, has emerged online

According to his wife, Mr. Ben and his wife lost their means of livelihood about the same time six years ago while still resident in Abuja with their two kids, and what followed was a mental disorder leading to the Mr. Ben relocating himself and his wife to his country home in Ogoja where he opted to stay in a shanty rather than his father’s house. 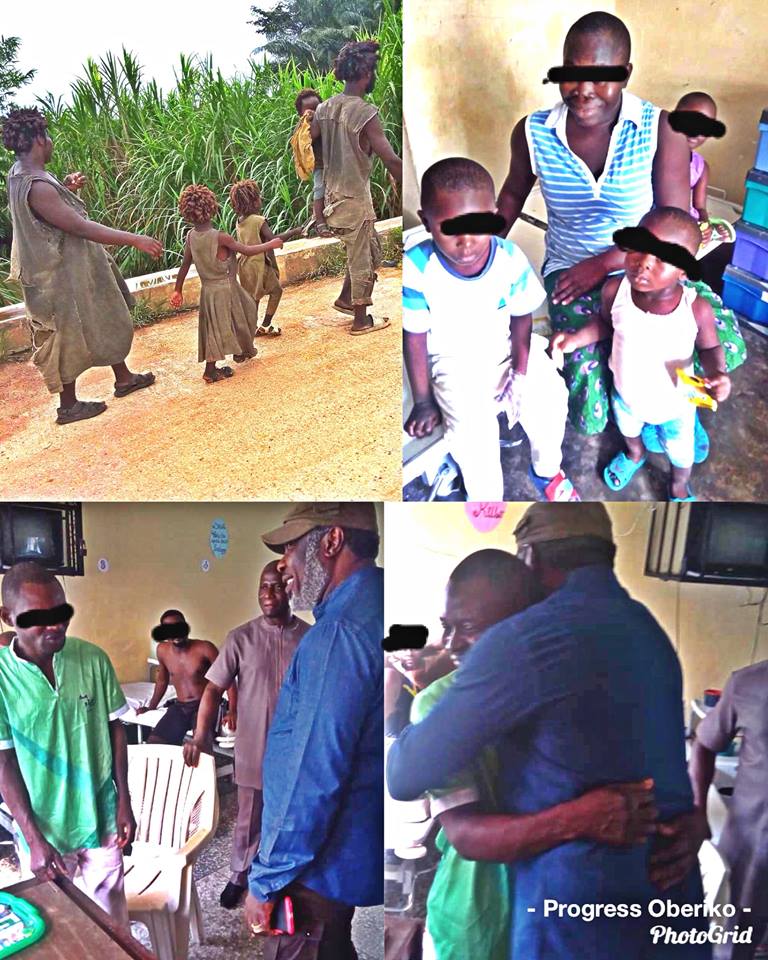 His family rescued his first set of kids from him when he started showing signs of this disorder, and six years of roaming the streets of Ogoja produced the three kids he was rescued with.

Doctors confirmed Mr. Ben to be suffering from a mental disorder, while his wife is only having the ‘folie a deux’ syndrome as a result of her husband’s ideation. The children, two girls and a boy, are in very stable condition and are responding to treatment very well.

According to Progress Oberiko, unfortunately, support is yet to come from the government who initiated their rescue.