A video showing three ladies assaulting another lady whom they accused of flirting and receiving cash gift from the father of one of the accusers, have found its way into social media.

The accused whose name was given as ‘Mirabel’ stood defenseless as heavy slaps landed on her face and she could not deny the allegations. 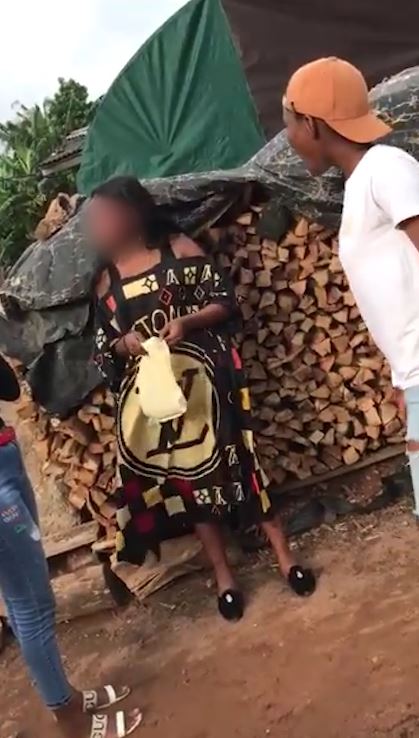 Mirabel was also accused of trying to break a home and sleeping with her friend’s boyfriend and there was nothing she could do to get herself out of the wrath of the other three ladies.