A Nigerian man took to his social media page to narrate how he survived an attack by robbers who wielded a cutlass.

According to twitter user, @unclemohamz, he was given a cut on the head by the robbers after he told them he had no money on him.

Unclemohamz who disclosed that he was rescued by some people in a mosque around his neighbourhood, said he bled for 30 minutes non-stop. He however survived the incident even though many people thought he wouldn’t.

Read his tweets below;

It is the duty of all nation to acknowledge the Safety and providence of Almighty God, to obey His will and be grateful for all He is doing.

God has done it again, He didn’t forsake me. I’m a SURVIVOR.

February 22nd will always be a day to remember in my life and here’s why.

4,641 people are talking about this 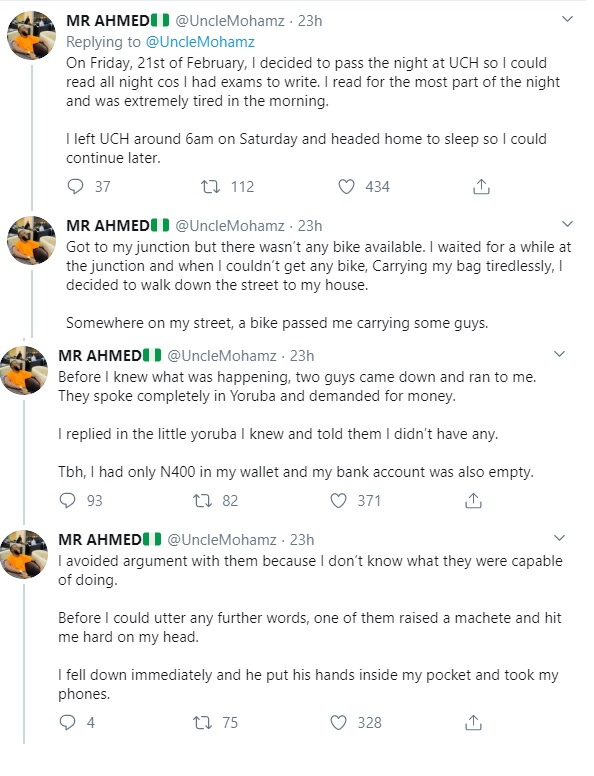 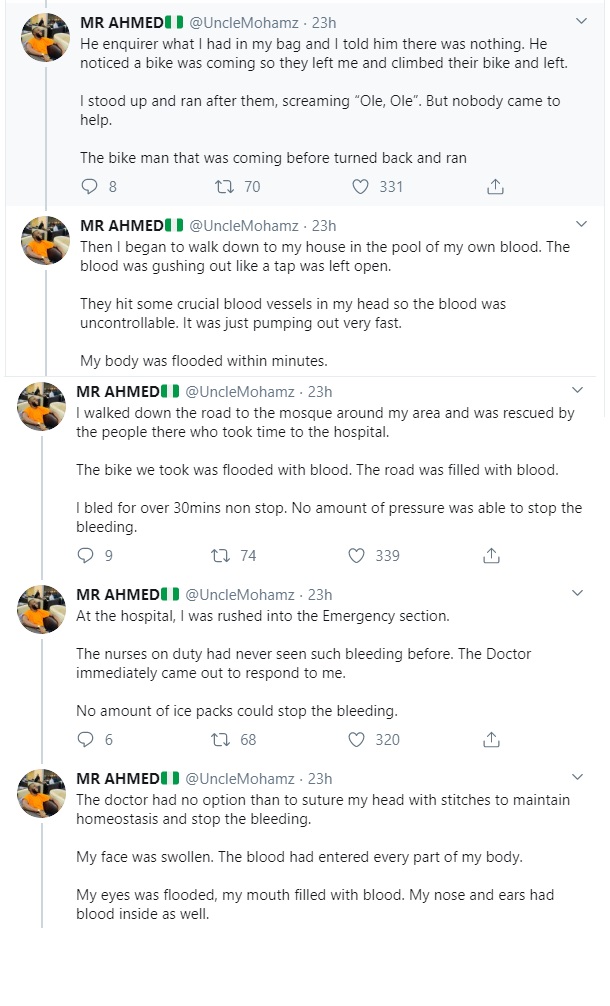 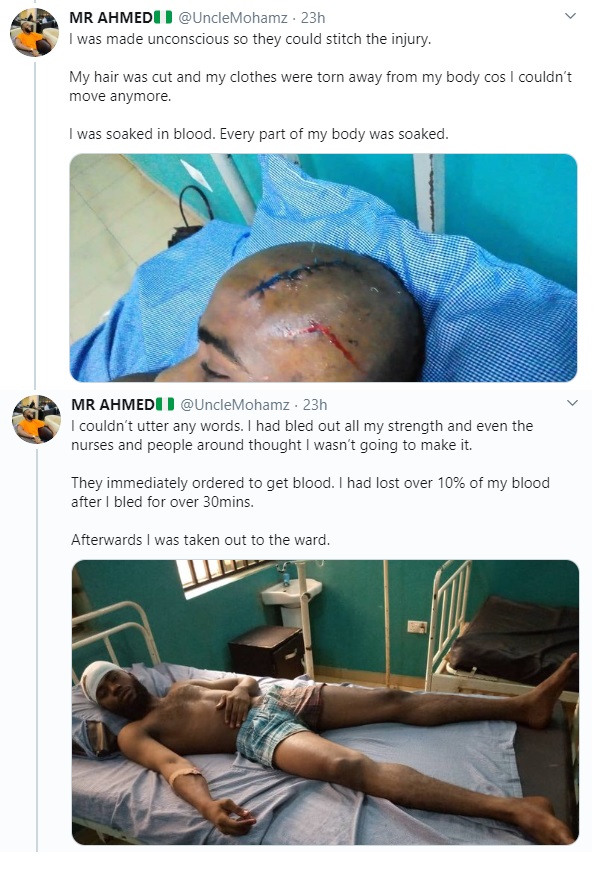 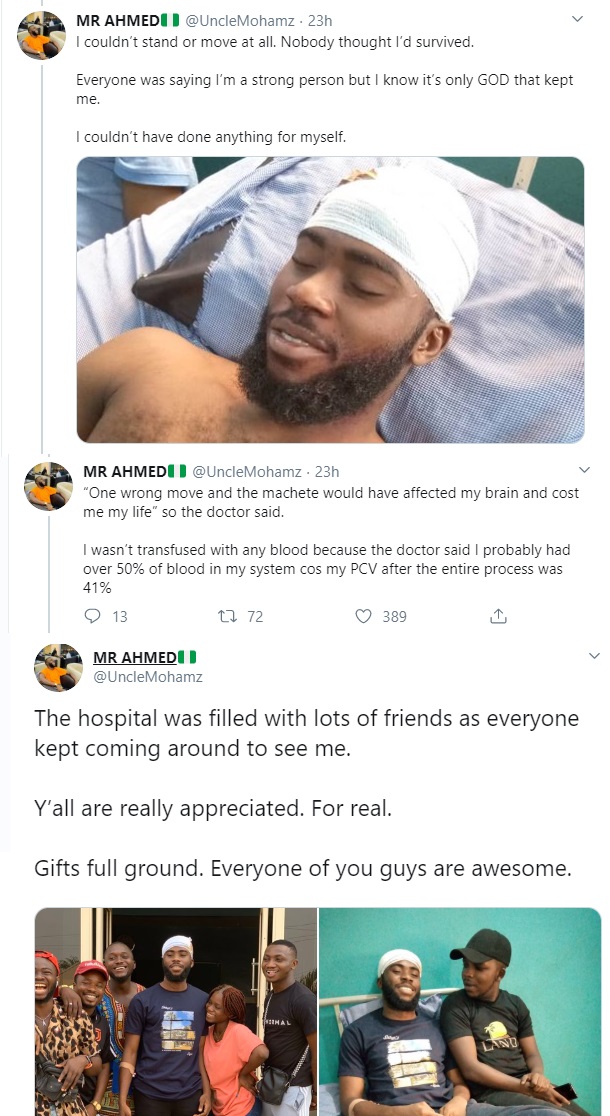