Nigerian Man Set To Wed Fiancee After Their Wedding Was Delayed 7 Years Ago Over Ghastly Accident.

The love story between this Nigerian man and his beautiful fiancee may leave you in tears.

Seven years after their wedding ceremony was delayed due to a ghastly motor accident.

The man who identifies as Zabrang Shehu, was involved in a ghastly motor accident in 2012.. which forced his wedding to his partner, Rahab Mercy Yohanna to be postponed.

Seven years after the unfortunate incident, the loyal couple are set to get married on Saturday, April 27, 2019, at the same Church where the wedding had been billed to take place in 2012.

Read the details of what happened as shared by Facebook user Emmanuel Junior Zakka: 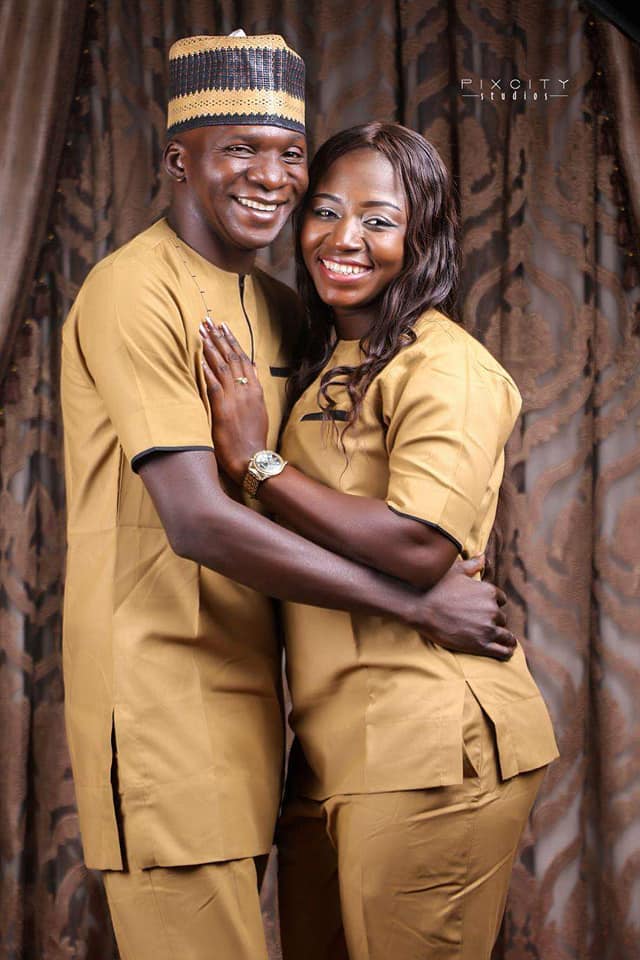 Zabrang Shehu was a U02… ABU student – that is he was admitted in the year 2002. He studied Archaeology and was the best graduating student of his class; he graduated with a very good Second Class Upper Degree (2:1). Before he gained admission to study Archeology in ABU, he attended the famous Federal College of Chemical and Leather Technology (a.k.a. Leather Research), Samaru, Zaria: the school Opposite the ABU Main Gate. There, too, he was the best graduating student with an Upper Credit and National Diploma in Leather Technology.

Expectedly, and indeed not surprisingly, Zabrang got two job offers the same year, 2012, before he suffered a setback in that ghastly motor accident that nearly claimed his life and therefore he couldn’t pick either of the jobs – yes he had to forfeit them both because of his ill health.

After my National Youth Service (NYSC) in 2008, I met this lady by name Rahab Mercy Yohanna in Kaduna. We were (and still are) both members of the same Church – Living Water Anglican Church, Ungwan Pama. Before I met her, something happened. I went home in 2011 and informed my parents that my wedding would be on 28th December, 2012. That was a date I had fixed by faith because at that time I had not found the woman to marry yet. It was a faith declaration of some sort. That was on September 27, 2011, to be exact. 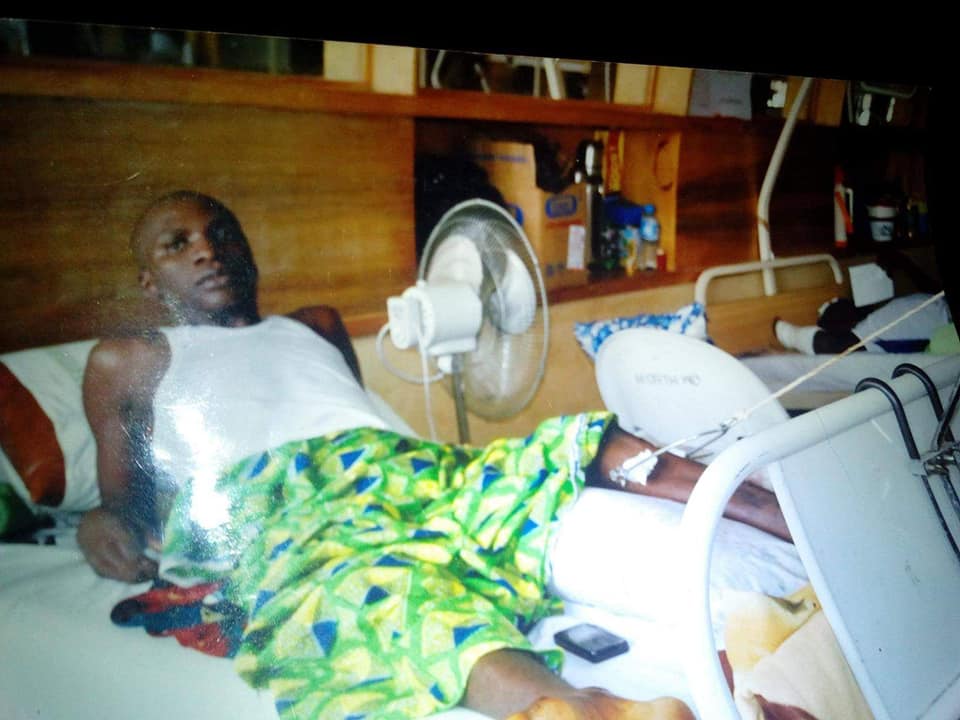 When I met Mercy, I told her my intentions and we agreed to pray about it. A month later we were courting. After a while we went for the usual test – phenotype, genotype and the rest. When it was confirmed that we were good to go, I then took the next step and informed my pastor, then Rev A.A. Imade (now Venerable Imade). He is now at Bagado Church. He prayed for us and asked what my intentions were and I told him I wanted to settle down. He then became my marital counsellor and he is my spiritual father even today.

Next, I took Mercy home to Gada Biyu, my home town, for my parents to see her. That was in December of 2011. At the time she was going for her Higher National Diploma, HND, at Nuhu Bamali Zaria. On Friday, 6th April, 2012, we went to the motor garage to board a car to travel to the village for proper introduction at my fiancée’s place, Gora Gida. At that time I was the Youth President of my Church and a lady in my church was getting married the following day, Saturday, April 7, 2012. I was to represent the church at the wedding at Zagom. So I had programmed to attend the wedding and then head to Gora the next, Sunday, April 8, for the introduction proper.

Meanwhile at the garage in Sabon Tasha, only two people were left for the car that was loading passengers, an Opel, to get full before takeoff. As my fiancée stepped into the car, I followed suit. No sooner had I sat in that car than I felt something within me telling me not to get into that car with her. I now disembarked and told her that we were not traveling in the same car. She asked why and I told her I was sorry but my spirit was not at peace with it. I bought bread and gave her to take home for me because she would get to my house before me.

As we were having some discussion before takeoff, a friend of mine, Mr Polycarp, an Igbo guy, called and told me that he was in Kaduna with his 14-seater bus from Enugu; that we should use it to go home so that we could pick some people to accompany us for the introduction on Sunday. So my friend, Mann (Simon Marcus ), also called that he and his fiancée (now his wife with two kids) were coming from Zaria; that Polycarp had called and told him we were going together. We agreed that I would wait for them so that we go in Polycarp’s bus together.

Even with the free bus, I still told my fiancée she should go ahead of me in the car she had already boarded. The last passenger came and they left. I had a strong conviction that we couldn’t go together no matter what. So I waved her farewell and crossed to the other side of Sabo garage to wait for Polycarp to arrive. 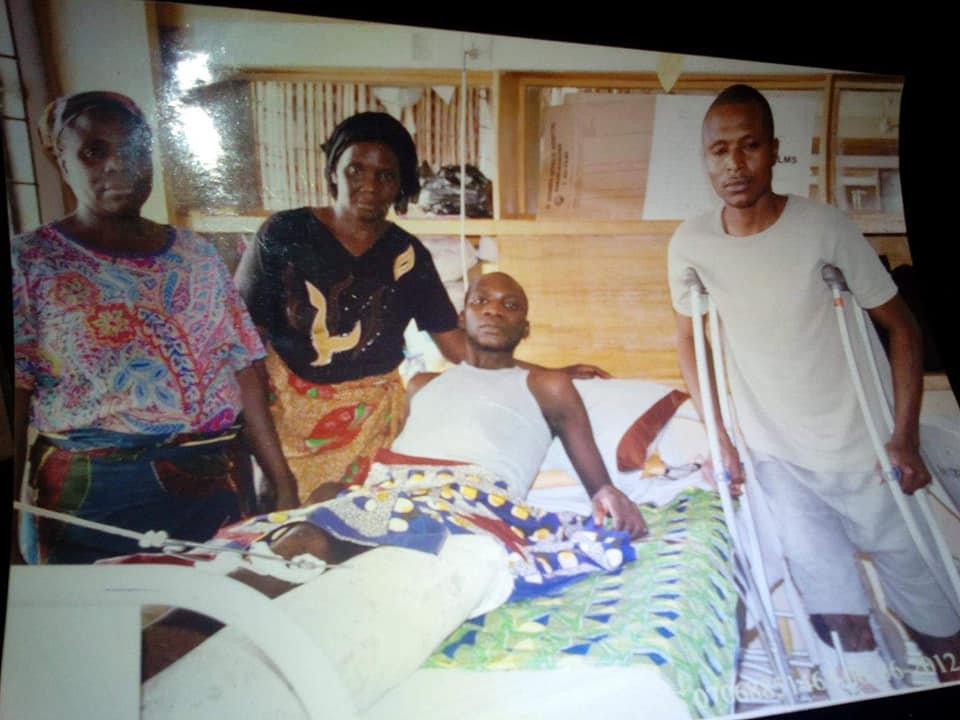 Interestingly, the day, 6th April, was a ‘Good Friday’ and what happened later explains just how the experience of Good Friday became my own. There were passengers everywhere on that day, as people were traveling home for the Easter celebration. We then decided to pick a few passengers to fill the empty spaces in the bus since we were heading home. There was no conductor and so I was the one closing and opening the door for incoming passengers.

Something happened as we were about to start the journey. A man came from nowhere and said he must join our bus. We insisted that he wouldn’t but he kept disturbing us to help him. Polycarp asked someone passengers to move to the engine side of the bus and let the man take a seat but shockingly the man demanded that he must seat where I was sitting. I couldn’t believe such troublesomeness. I was angry. We were all angry because it did not make sense to any us one bit. Why should this man dictate to us what we should do in our own bus? Why should someone we agreed to help become such a dictator? Moreover, it was ‘our’ bus and we should be free to decide to go with him or not; so why the troubles? He kept persuading me to vacate the seat for him. In the end I agreed, howbeit reluctantly, and sat close to Mann, while he sat close to door where I was before. And then we took off.

As we started the journey, a few minutes later, as we got to Kujama, we had a tyre burst and Polycarp later narrated that he was confused when it happened and in that state of confusion he applied the brakes… You know what happens in such a scenario. Do you know what? The “troublesome” man who insisted on having, and actually had my seat, was the only one that died in that accident. The door of the car was said to have squeezed with him. You can imagine what went through my mind when I got to know it. It remains an incident I will never forget. He took my place. He exchanged his life for mine without knowing it. It was a Good Friday indeed for me! But I wish no one had died though! But seriously, God saved me.

We were rushed to St. Gerard’s Catholic Hospital, Kakuri – Kaduna, at about 5.15pm. AND THAT WAS THE BEGINNING OF MY YEARS OF PREDICAMENT, AGONY AND SORROWS. 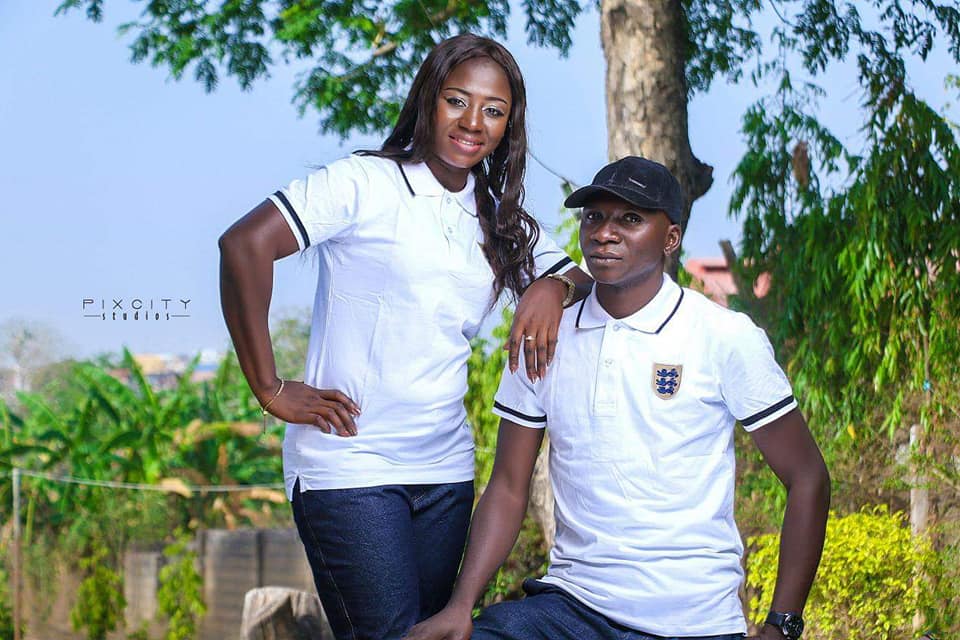 At St. Gerard’s, I underwent two surgeries within the space of two weeks. I suffered what they called Pelvic Fracture Distraction Defect (PFDD), which resulted in bladder burst. I was therefore on a regular change of catheter since the bladder was on repairs. I was also using crutches because I couldn’t walk unaided.

While we were at St. Gerard’s, my fiancée came back from the journey – she actually cut it short after my brother, Zicham, called and informed them about the accident because she had traveled safely to the village ahead of me. RAHAB MERCY YOHANNA STOOD BY ME IN THE HOSPITAL. SHE WAS MY ANGEL. I CANNOT EXPLAIN THE KIND OF HUMAN SHE IS. MY HEART’S ONLY RESPONSE TO HER LAVISH LOVE IS GRATITUDE.

Still at St Gerard’s, one fateful evening, after my second surgery, a man came into the ward where I was admitted, around 7:20pm, and made his way to my bed – two of them to be sure. They greeted me and the man whose bed was close to mine (he was lying unconscious). After that they left. All I can recall with clarity is that the man came down from his car, came towards me at the male surgical ward, greeted me and left.

I later saw a medical personnel who came and asked me if I was a relation of the Governor. I asked him the Governor he was talking about because it was funny, and he said to me “Governor Patrick Yakowa.” My mother shouted, “Yakowa? Where is he?” Seriously, the man that came was Sir Patrick Yakowa of Blessed memory. He took my hospital bills and PAID ALL IN FULL. Can you see another Good Friday experience? I was then transferred to Ahmadu Bello University Teaching Hospital, Shika, Zaria., probably because they thought I was a relation of the Governor. Between 2012 and 2015 I underwent 6 different surgeries in all. 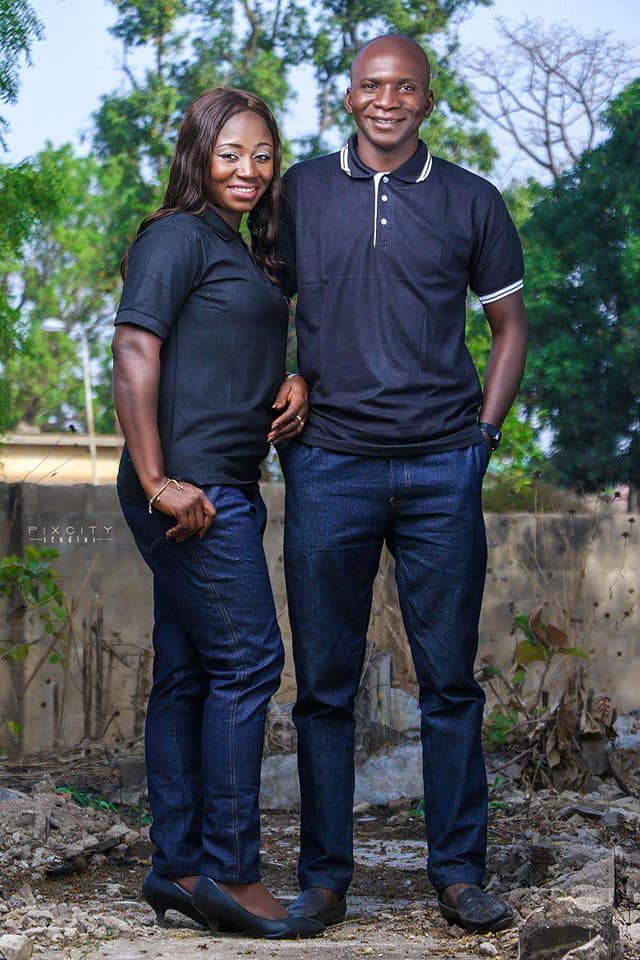 Back to my fiancée. She completed her HND programme and was posted to Rivers State for her National Youth Service Scheme, NYSC. She completed and came back. She told me something which struck me hard and has stuck with me ever since. She said, “God spoke to you and you saved me. And I won’t have peace of mind if I run away and abandon you.” She also added, “I know how I felt the day we agreed to settle down – an inner joy that I had never felt before all my life. I must make sure we complete what we have started. No matter how long it takes, no matter for how long you will be in this state, I will WAIT. I know you will recover. BE STRONG.”. Those words kept me! I was determined to be back on my feet to reward this love with my own love.

Dear friends, eerything about me is grace; I am seriously a living Testimony.